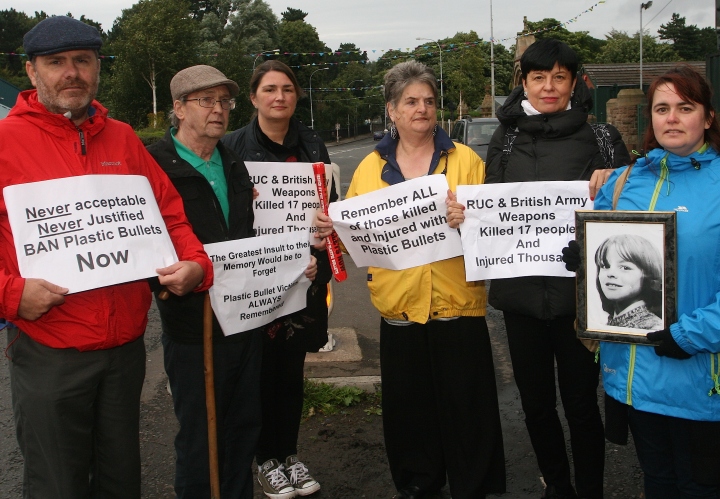 There are very few places anywhere named after women. In Belfast we have load of Victoria places. A hospital, a shopping mall, a university. We also have a bridge named after Queen Elizabeth. Of course those named venues are not really about the women they are named after. We all know it is about their position, the reign of empire and monarchy.

The only other place named after a woman that I am aware of is the Mary Peters’ Track. Unlike the aforementioned, it is hard to view that negatively. Mary earned it the hard way.

There are also very, very, few places named after working class heroes. As we walk our streets in West Belfast we walk on the roads named after imperial battles or, less insultingly, places like Donegal. The exception is the Michael Ferguson Roundabout named after the beloved councillor who died too young but had dedicated his short life to the people of Colin.

In the 1980s when standing in the Bolshoi Ballet in Moscow, being hosted by Mikail Gorbachev Mrs Emma Groves was handed a blini with caviar. She turned to the only other woman in attendance from West Belfast, Clara Reilly, and said, “I think I’d prefer a fish supper”. That night at the performance, Clara sat beside her friend Emma, who had no sight but could hear the glorious music, and described the intricate costumes and the air–like dancing.

Emma Groves and Clara Reilly were not there on a jolly. They were not invited as political favour. They had travelled to Moscow at the height of the Cold War to ask for help for the most forgotten and dismissed of victims of our conflict. They lobbied for Soviet support to end the use of plastic and rubber bullets. In the same breath we can mention a similar visit by these two women to Washington to lobby the other side of Cold War.

Incredibly impressive human rights advocacy that would be recognised more universally had they not been Irish women from West Belfast highlighting British state abuses.

Mrs Clara Reilly embodies the spirit of freedom. A spine of steel and a heart of gold. Her story is yet to be written. But she has some of that story still to write.

When Emma Groves passed away, she was carried by those who loved her, including Clara, in a willow basket. She epitomised humility. It was no surprise that her final wishes were to contribute to the earth. She gave example to us all.

Both women shone a light of humanity in the darkest of days. Despite horrific violations of injury and bereavement visited upon them both they could only think of others who they used their hearts and strength to support and advocate on behalf of.

While other human rights advocates on this island looked to South Africa or Nicaragua in safety, these women stood in their own streets and insisted on human rights beginning at home.

This weekend Belfast will have a new nameplate. This time for two working class women who would not be silenced or intimidated. Who refused to allow a line of expedient amnesia to be drawn during our peace process. Our streets become richer with their names. The history of human rights in Ireland will now speak of Emma and Clara. Our friends.